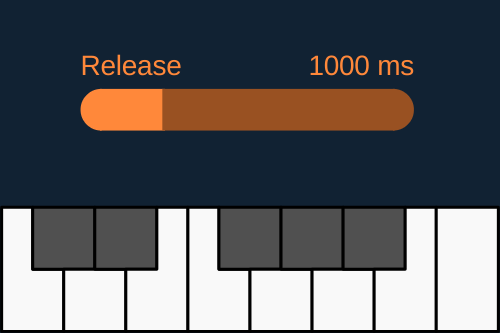 Like attack and decay, release is also a time duration.

Try changing the release time the sliders below. Press the piano keys to play notes and hear the result.

Next Lesson: Envelope – Putting It All Together >