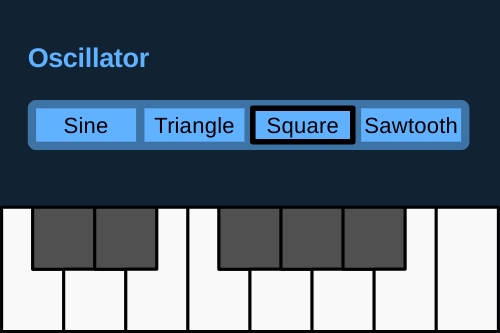 The oscillator is the source of a synthesizer’s sound. You can vary the sound of an oscillator by changing its waveform. Select the different waveforms below and press the piano keys to hear how they sound.